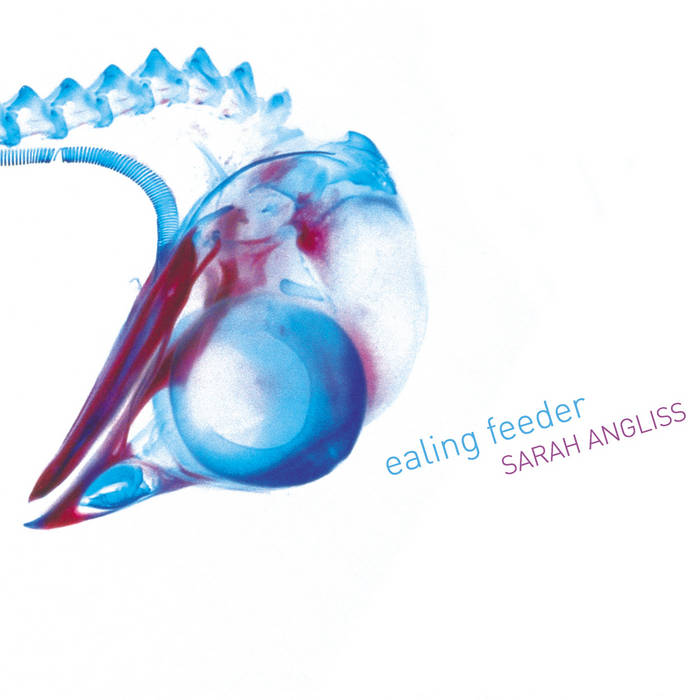 Gavin Hellyer Sarah has created something truly unique and very "of the earth" with this release. Music and instrumentation that seems to not only interact with, but actually influence the environment. Mightn't make much sense but it's the best way I can explain what I hear. And I don't take drugs. Favorite track: A Wren in the Cathedral.

"A highly atmospheric and compelling listen...It is theatrical, in the best sense...a new hybrid with its own thrust and dynamics...Ealing Feeder is a subtle gem.” - Robert Barry (The Wire Magazine, UK)

London, a modern edifice on a mediaeval footprint, is the blueprint for Ealing Feeder, a steely, unsettled love letter to the city.

Devised over many years of performance, some tracks will be familiar to people who’ve seen Sarah's live act, others are entirely new. A Wren in the Cathedral, set in Limehouse, collides electron theory with city birdsong and Hawksmoor’s architectural formalism. Cow Heart Pin is inspired by a London butcher in the 1920s who impregnated a desiccated heart with nails to curse a rival. The Bows recalls a transfiguration myth on the River Thames. Sky Bullion reflects on some of the more venal forces shaping the city skyline today.

This work - the first to distill Sarah's solo set into an album - reflects the ecletic nature of her music making. An electroacoustic composer with a deep interest in the history of electronic music, as a teenager, Sarah cut her teeth as a live musician in folkclubs. Her formal musical education was in Baroque and Renaissance music, yet she builds and performs with her own robotic inventions, viewing them as a theatrically compelling alternative to the laptop. Through music, she explores resonances between folklore and early notions of telecoms and machines.

Among these tracks, you'll hear examples of augmented theremin technique (for instance using theremin to control birdsong), robotic carillon (an instrument Sarah designed and built to play riffs at inhuman speeds) and her unusual take on the loop pedal. This variant stretches every strand of sound subtly as it plays, transforming the most consonant music into something more angular as it makes beguilling, unexpected musical collisions - something with a family resemblance to Renaissance music.

Colin Uttley – spoken word (A Wren in the Cathedral, Ventriloquist and Fever Van)

Bandcamp Daily  your guide to the world of Bandcamp